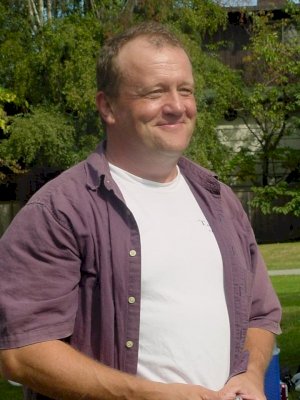 Eric Keenleyside (born October 11, 1957) is a Canadian actor. He lives in Tsawwassen, British Columbia, Canada, with his wife, Peg, and their two children. He was born in St. Stephen, New Brunswick, grew up in London, Ontario, and spent time in Brisbane, Australia. He received a Bachelor of Fine Arts (acting) from the University of Windsor (Ontario, Canada) in 1980 and apprenticed at the Stratford Shakespeare Festival. He has lived and worked in Toronto, Los Angeles and Vancouver. In the early and mid 1990s he appeared in series such as Street Justice, Hawkeye, Madison, Highlander: The Series and Titanic. In 1999 he appeared in Guy Ferland's comedy film Delivered. He appeared in an episode of The King of Queens in 2000. In 2006, Keenleyside appeared in the TV film Murder on Pleasant Drive. In 2007 he played Robert Doherty in the short-lived ABC series Traveler and in 2010 played Bob Overton in the series Hellcats. In 2013 he starred in the direct-to-video action film The Package alongside "Stone Cold" Steve Austin and Dolph Lundgren. He also plays Maurice, father of Belle, in the popular ABC show Once Upon a Time.