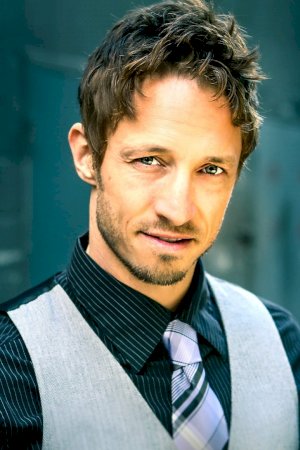 Bradley Stryker (born June 29, 1977 in Seattle, Washington) is an American actor, who performed the character Trey Atwood on the FOX series The O.C.. He has a lead role in the feature film, Tillamook Treasure (2006), in which he plays Tom, the dumb but lovable sidekick of logger Jimmy Kimbell, played by Brian Thompson. Stryker also had a role in the popular Bruce Almighty, as well as the homoerotic thrillers The Brotherhood and Wolves of Wall Street. He also featured in the first season episode of the television crime series CSI: NY entitled Night, Mother. He also appears as lead actor in the 2004 Renault Clio and Nokia commercial directed by Carter & Blitz. In late 2010, he portrayed the DC Comics villain Deadshot in the second episode of Smallville's tenth and final season, entitled "Shield".