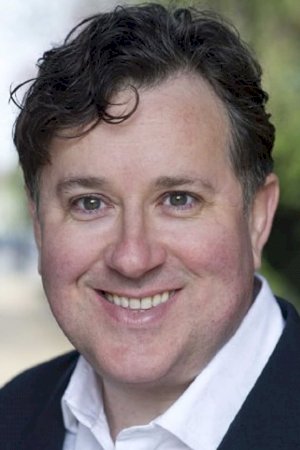 Jeremy Paul Swift (born 27 June 1960) is an English actor. He studied drama at Guildford Drama school from 1978 to 1981 and worked almost exclusively in theatre throughout the 1980s, working with companies such as Deborah Warner's Kick Theatre company and comedy performance-art group The People Show. During this period Swift also worked on numerous television commercials. In the 1990s he acted at the National Theatre working alongside David Tennant and Richard Wilson in Phillyda Lloyd's production of What the Butler Saw. He starred in the ITV sitcom Blind Men, and Vanity Fair for BBC1. In the 2000s, Swift appeared in Gosford Park playing the footman Arthur, and Roman Polanski's Oliver Twist as Mr Bumble. For BBC3 he played Barry in the cult hit The Smoking Room and had a theatrical hit with Abigail's Party, the last production at the old Hampstead Theatre and their longest running west end transfer. In 2009, he played the lead in the true story of Sean Greenhalgh in The Antiques' Rogue Show for BBC2 with Liz Smith and Peter Vaughn, The Deacon in a film adaptation of Anton Chekhov's short story The Duel and featured in Canoe Man, a 2010 TV drama based on the John Darwin disappearance case. He starred in the independent British feature film Downhill, which is a comedy about four men attempting Alfred Wainwright's Coast to Coast Walk which was released in 2014 and co-stars Ned Dennehy, Karl Theobald and Richard Lumsden. The film was directed by James Rouse and the screenplay was written by Torben Betts. Swift is also a composer and his work includes the score for Werewolves: The Dark Survivors (Wide-eyed Entertainment) for the Discovery channel and ITV global. On ITV, Swift played Septimus Spratt, the butler of the Dowager Countess, in Downton Abbey for three seasons and has been seen as Dennis, manservant to Countess Mavrodaki (Leslie Caron) in Episodes 3-6 of The Durrells. He also played election agent Glenvil Harris in the last two series of Foyle's War. He is currently filming the sequel to Mary Poppins: Mary Poppins Returns, which will be released in 2018. He is married to actress Mary Roscoe, who he met while working on a play, and together they have two children who are both adopted.