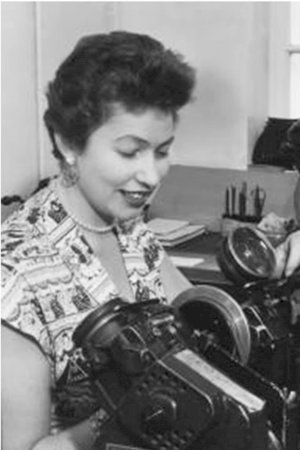 Anne Voase Coates (12 December 1925 – 8 May 2018) was a British film editor with a more than 60-year-long career. She was perhaps best known as the editor of David Lean's epic film Lawrence of Arabia in 1962, for which she won an Oscar. Coates was nominated five times for the Academy Award for Best Film Editing for the films Lawrence of Arabia, Becket (1963), The Elephant Man (1980), In the Line of Fire (1993) and Out of Sight (1998). In an industry where women accounted for only 16 percent of all editors working on the top 250 films of 2004, and 80 percent of the films had absolutely no females on their editing teams at all, Coates thrived as a top film editor. She was awarded BAFTA's highest honour, a BAFTA Fellowship, in February 2007 and was given an Academy Honorary Award, which are popularly known as a Lifetime Achievement Oscar, in November 2016 by the Academy of Motion Picture Arts and Sciences.