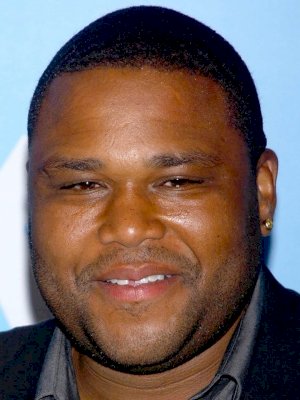 Anthony Anderson (born August 15, 1970) is an American actor, comedian, writer, and game show host. He has starred in his own sitcom, All About the Andersons, as well as the ABC sitcom Black-ish and the Fox sitcom The Bernie Mac Show during its fifth and final season. He is known for his leading roles in drama series K-Ville, The Shield and as NYPD Detective Kevin Bernard on Law & Order. He has had major roles in feature films such as Me, Myself & Irene (2000), Kangaroo Jack (2003), Agent Cody Banks 2: Destination London (2004), The Departed (2006), Transformers (2007), and Scream 4 (2011). Anderson is a regular judge on Food Network's Iron Chef America. Since September 2014, he has served as an executive producer and starred as Andre Johnson on the ABC sitcom Black-ish. As of June 2016, he has served as host of the ABC version of the game show To Tell the Truth. In addition, he has served as guest panelist for various game shows.