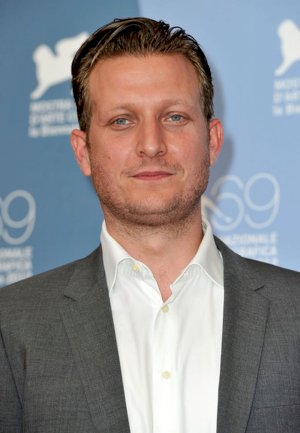 Tobias Lindholm (born 1977) is a Danish screenwriter and film director best known for gritty moral dramas. Lindholm first received attention for his work as a television writer on the popular Danish political TV-series Borgen, credited on all 20 episodes of the series' first two seasons, either as an episode writer or storyline contributor. Then, in 2011, Lindholm was awarded a special Bodil Award for having two feature films Submarino (as co-writer) and R (as director and writer) in competition for that year's Best Danish Film, which the latter movie also won. His hostage drama A Hijacking (2012) premiered at the 2012 Venice Film Festival in the Orizzonti section.He is also a frequent collaborator with film director Thomas Vinterberg, with whom he has written the screenplays for feature films Submarino (2010) and The Hunt (2012). Lindholm directed the 2015 drama A War (Danish: Krigen) about a Danish military company in Afghanistan that is captured by the Taliban, and the commander is accused of war crimes. The film was nominated for the Best Foreign Language Film at the 88th Academy Awards.