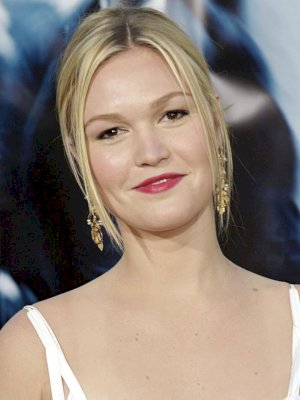 Julia O'Hara Stiles (born March 28, 1981) is an American actress. Born and raised in New York City, Stiles began acting at age 11 and made her screen debut as Erica Dansby in six episodes of the television series Ghostwriter (1993–1994). Her first film role was in I Love You, I Love You Not (1996), followed by a leading role in the thriller Wicked (1998), for which she was awarded the Karlovy Vary International Film Festival Award for Best Actress. She went on to gain prominence for her lead roles in teen films such as 10 Things I Hate About You (1999) for which she won MTV Movie Award for Best Breakthrough Performance and was nominated for two Teen Choice Awards, Down to You (2000), for which she was nominated for another two Teen Choice Awards, and Save the Last Dance (2001), winning the Teen Choice Award for Choice Movie Actress and was nominated for the MTV Movie Award for Best Female Performance. Stiles moved on to more adult roles, garnering a nomination for the Satellite Award for Best Supporting Actress – Motion Picture for her performance in The Business of Strangers (2001), Mona Lisa Smile (2003), and The Omen (2006). She became known to a wider audience for her supporting role alongside Matt Damon as Nicky Parsons in the Bourne film series (2002–2016). She had a recurring role as Lumen Pierce in the fifth season of the Showtime series Dexter (2010), a role that earned her the Golden Globe Award for Best Supporting Actress – Series, Miniseries or Television Film and the Primetime Emmy Award for Outstanding Guest Actress in a Drama Series. As a member of the cast of Silver Linings Playbook (2012), Stiles was nominated for a Screen Actors Guild Award for Outstanding Performance by a Cast in a Motion Picture. Stiles stars in the Sky Atlantic series Riviera (2018–present), and appears in the Blue web series also broadcast on television (2012–2015). Other film roles include romantic comedy The Prince and Me (2004), noir-inspired drama-thriller A Little Trip to Heaven (2005), British-Canadian co-production The Cry of the Owl (2009), Between Us (2012), Out of the Dark (2014), and with Anthony Hopkins in Blackway (2016) (also known as Go With Me).