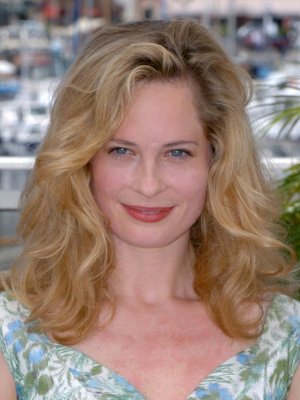 Anna Maria Cecilia Bonnevie (born 26 September 1973 in Västerås, Sweden) is a Norwegian-Swedish actress. She was born in Västerås, Sweden, but grew up in Oslo, Norway. Her parents are Norwegian actress Jannik Bonnevie and Swedish actor Per Waldvik. Bonnevie was educated at Swedish National Academy of Mime and Acting (1997) and had her first theater role in Hrafn Gunnlaugsson's Hvíti víkingurinn (The White Viking), at the age of fifteen. In 1997, she had her debut at the Swedish theatre Dramaten, in the play Yvonne by Ingmar Bergman. Her screen debut was in 1991 in the movie Kvitebjørn Kong Valemon (The Polar Bear King), directed by Ola Solum. Her big breakthrough came with the movie Jerusalem (directed by Bille August, 1997), and among her later movies are Insomnia (1997), Dragonfly (2001) and Syndere i sommersol (2001). For the movie Jeg er Dina (I Am Dina, 2002) she received a prize for best foreign actress at the Montreal International Film Festival. In 2002 she was named one of European film's Shooting Stars by European Film Promotion. In 1999, she played Olga in The 13th Warrior. In 2004, she appeared in the Swedish film Dag och natt directed by Simon Staho. In 2007, she played the female lead in the Russian film The Banishment directed by Andrey Zvyagintsev. The Karlovy Vary International Film Festival (KVIFF) invited Bonnevie to join the Grand Jury of the Festival's 44th edition in 2009.In 2012, she played Countess Isolde in Belle du Seigneur alongside Jonathan Rhys-Meyers, Natalia Vodianova and Ed Stoppard.