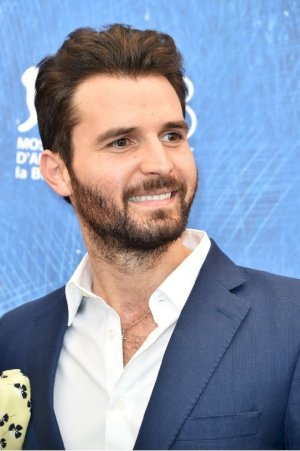 Andrea Iervolino (born December 1, 1987) is an Italian-Canadian film producer, entrepreneur and businessman. In 2004, he made his film-producing debut in the United States co-producing The Merchant of Venice, which premiered at the 71st Venice International Film Festival. Iervolino's film, In Dubious Battle was screened at the Capri Hollywood Film Festival and as well as the 73rd Venice International Film Festival. Iervolino was named one of Variety's 2015 Dealmakers and a Producer to Watch in 2016. In 2016, he was an ambassador for Italian Cinema of the world for the Italian Contemporary Film Festival (ICFF) and the president of Ischia Global Film and Music Fest.In 2013, Iervolino along with Monika Gomez del Campo Bacardi launched AMBI Media Group, an international consortium of vertically integrated group of companies encompassing all areas of filmmaking from development to distribution.In 2018, he launched TaTaTu - a block-chain based platform, intertwining social media activity with entertainment viewing through which users are rewarded to watch movies, television episodes and other forms of content, and receive additional rewards from their friends' viewing. In June 2018, TaTaTu Token sold over $575 million worth of its currency through an initial coin offering (ICO), making it the third-largest coin offering, behind Telegram and EOS, respectively.Iervolino was awarded Knighthood of Italian Republic (Cavaliere della Repubblica Italiana) on June 18, 2018 by the President of the Italian Republic Sergio Mattarella and the Italian Consulate of Canada for. This recognition is "the highest ranking honour of the Republic awarded for "merit acquired by the nation" in the fields of literature, the arts, economy, public service, and social, philanthropic and humanitarian activities and for long and conspicuous service in civilian and military careers."