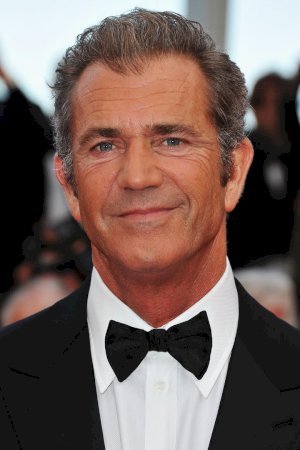 Mel Colmcille Gerard Gibson (born January 3, 1956) is an American actor and filmmaker. He is best known for his action hero roles, namely his breakout role as Max Rockatansky in the first three films in the Mad Max post-apocalyptic action series, and as Martin Riggs in the Lethal Weapon buddy cop film series. Gibson was born in Peekskill, New York. He moved with his parents to Sydney, Australia, when he was 12 years old, and studied acting at the National Institute of Dramatic Art, where he starred opposite Judy Davis in Romeo and Juliet. During the 1980s, he founded Icon Entertainment, a production company, which independent film director Atom Egoyan has called "an alternative to the studio system". Director Peter Weir cast him as one of the leads in the critically acclaimed World War I drama Gallipoli (1981), which earned Gibson a Best Actor Award from the Australian Film Institute, as well as a reputation as a serious, versatile actor. Gibson produced, directed, and starred in the epic historical drama film Braveheart (1995), for which he won the Golden Globe Award and Academy Award for Best Director, along with the Academy Award for Best Picture. He later directed and produced the financially successful, and controversial, biblical drama film The Passion of the Christ (2004). He received further critical notice for his directorial work of the action-adventure film Apocalypto (2006), which is set in Mesoamerica during the early 16th century. After several legal issues and controversial statements leaked to the public, Gibson's public image significantly plummeted, affecting his acting and directorial career. His career began seeing resurgence with his critically acclaimed performance in Jodie Foster's The Beaver (2011), and his directorial comeback after an absence of 10 years; Hacksaw Ridge (2016), which won two Academy Awards and was nominated for another four, including Best Picture and Best Director for Gibson, his second nomination in the category.