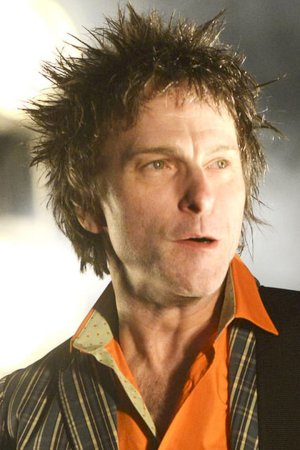 Thomas Eugene Stinson (born October 6, 1966) is an American rock musician. He came to prominence in the 1980s as the bass guitarist for The Replacements, one of the definitive American alternative rock groups. After their breakup in 1991, Stinson formed Bash & Pop, acting as lead vocalist, guitarist and frontman. In the mid-1990s he was the singer and bassist for the rock band Perfect, and eventually joined the hard rock band Guns N' Roses in 1998.Stinson released his debut solo album, Village Gorilla Head in 2004 and subsequently joined Soul Asylum for the completion of their album The Silver Lining, and was a member of the band for the album's tour in 2006 before joining them as a permanent member until 2011. He released his second solo album, critically acclaimed One Man Mutiny, on his own Done To Death Music label in 2011. Stinson left Guns N' Roses in 2014, then in 2016 reunited Bash & Pop, and released a new album in 2017, titled Anything Could Happen.