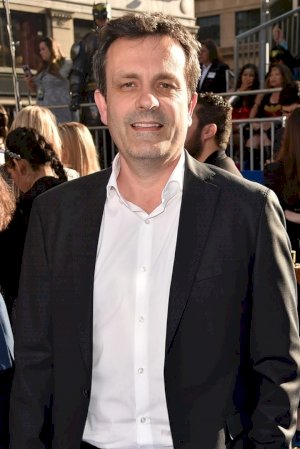 Rupert Gregson-Williams (born October 12, 1966) is a British composer of motion picture and television scores. His filmography includes Hotel Rwanda, for which he was awarded the European Film composer award, Hacksaw Ridge, Wonder Woman, Aquaman, Over the Hedge, Bee Movie, Made of Honor, The Holiday, The Legend of Tarzan, and numerous films by Happy Madison Productions, many of which star Adam Sandler. His most notable works in television include Veep, Catch 22 and The Crown. Educated at St John's College, Cambridge, choir school and Lancing College, he is the younger brother of film composer Harry Gregson-Williams and he is a member of Hans Zimmer's Remote Control Productions team of composers. He has received a nomination for a Primetime Emmy Award and a recipient of a BMI Award and a European Film Award.